Traditional IRAs, which were created in 1974, are owned by roughly 35.1 million U.S. households. And Roth IRAs, created as part of the Taxpayer Relief Act in 1997, are owned by nearly 24.9 million households.1

Both are IRAs. And yet each is quite different.

Up to certain limits, traditional IRAs allow individuals to make tax-deductible contributions into the account. Distributions from traditional IRAs are taxed as ordinary income and, if taken before age 59½, may be subject to a 10% federal income tax penalty.2

Tip: Not Quite Anything. IRAs are free to invest in just about anything, except collectibles such as artwork, rugs, antiques, gems, stamps, and coins, for example.

Also within certain limits, individuals can make contributions to a Roth IRA with after-tax dollars. To qualify for a tax-free and penalty-free withdrawal of earnings, Roth IRA distributions must meet a five-year holding requirement and occur after age 59½.3

In addition to contribution and distribution rules, there are limits on how much can be contributed to either IRA. In fact, these limits apply to any combination of IRAs; that is, workers cannot put more than $5,500 per year into their Roth and traditional IRAs combined. So, if a worker contributed $3,500 in a given year into a traditional IRA, contributions to a Roth IRA would be limited to $2,000 in that same year.4 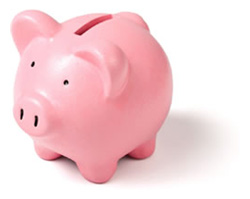 Individuals who reach age 50 or older by the end of the tax year can qualify for “catch-up” contributions. The combined limit for these is $6,500.5

If you meet the income requirements, both traditional and Roth IRAs can play a part in your retirement plans. And once you’ve figured out which will work better for you, only one task remains: open an account.

Features of Traditional and Roth IRAs

* Up to certain limits
** To qualify, Roth IRA distributions must meet a five-year holding requirement and occur after age 59½.

1. Investment Company Institute, 2018
2. Generally, once you reach age 70½, you must begin taking required minimum distributions from a traditional IRA.
3,4,5. Internal Revenue Service, 2018. The Tax Cuts and Jobs Act of 2017 eliminated the ability to “undo” a Roth conversion.

The content is developed from sources believed to be providing accurate information. The information in this material is not intended as tax or legal advice. It may not be used for the purpose of avoiding any federal tax penalties. Please consult legal or tax professionals for specific information regarding your individual situation. This material was developed and produced by FMG Suite to provide information on a topic that may be of interest. FMG Suite is not affiliated with the named broker-dealer, state- or SEC-registered investment advisory firm. The opinions expressed and material provided are for general information, and should not be considered a solicitation for the purchase or sale of any security. Copyright 2019 FMG Suite.